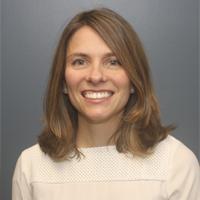 Juliana Codino, MS, PHDC, CCC-SLP is voice pathologist at Lakeshore Professional Voice Center. Juliana completed her master’s degree in speech language pathology at the Universidad del Museo Social Argentino in Buenos Aires, Argentina. She also has a teaching degree and has been teaching acoustical analysis of voice and phonetics at the speech-language pathologist undergraduate level for 11 years. Juliana completed her residency in speech-language pathology at the Argerich Hospital in Buenos Aires, where she became part of the staff and specialized in voice therapy. Juliana’s interest in voice research has inspired her to pursue a PhD; she is now a doctoral candidate for the University of Buenos Aires focusing on electroglottography. She has written chapters in two books and several research articles in scientific journals related to the specialty. In addition, Juliana has been a reviewer of scientific presentations in several voice conferences in Argentina. She has a background in musical theater and enjoys singing for fun. 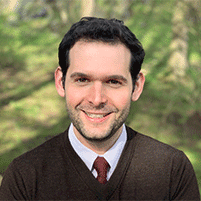 Andrew Keltz, MS, CF-SLP is a clinical fellow/speech-language pathologist. He holds a master of science degree in speech language pathology from New York Medical College and a bachelor of arts degree from Northwestern University where he majored in theatre, with a certificate in music theatre. Before pursuing a career in speech language pathology, Andrew worked as a singer and an actor, performing in plays, musicals, and concerts, in regional theatres, off-Broadway, and in various concert venues in the United States and internationally in Austria, Japan, and Taiwan. Andrew’s clinical interests include assessment and treatment of the voice, as well as head and neck cancer. His research interests include vocal warm-up and rescue strategies for professional voice users. He is a certified provider of LSVT LOUD. 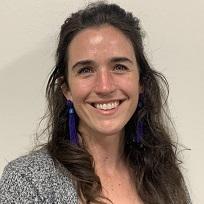 Annalize Sussman, MS, MM, CF-SLP is a clinical fellow voice pathologist specializing in voice, swallowing, and upper airway disorders. Annalize completed her master’s degree of science in speech language pathology at Columbia University and holds a master’s of music in opera and voice performance from the University of Kansas. Annalize’s professional performance experience includes singing repertoire from bel canto, modern opera, American art song, German Lieder, and musical theater. She remains passionate about singing and continued exploration of the singing voice. Her clinical interests include rehabilitation of the voice, dysphagia, and treatment of neurological disorders.