Lakeshore Ear, Nose and Throat Center has physicians that specialize in the diagnosis and treatment of snoring and sleep apnea. The physician will choose the appropriate form of treatment based on the evaluation and test results. 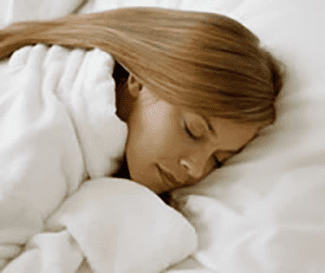 Snoring is both prevalent and potentially disastrous. It has been reported to affect approximately one-half of the adult male population and one-third of the adult female population. Half of this population snore habitually (every night). This represents roughly 60 million adults. In a survey of White House employees, it has been estimated that upwards of 40% of all the presidents suffered from loud snoring. Many snore “heroically” meaning they can literally be heard down the hall in another room. This can be a serious issue and has led to numerous social problems including marital separation and even divorce.

The sound of snoring is created by vibration and flutter of the tissues of the soft palate and loose throat tissue such as the uvula (commonly called the “punching bag”). There are several things that contribute to snoring. The base of the tongue can contribute. Weight is often a major contributor and as people gain weight the snoring increases in intensity. Many people who snore have associated nasal and sinus problems and tend to be mouth breathers when sleeping. This tends to increase the negative pressure in the back of the throat and causes vibration of the loose tissues as mentioned previously.

Snoring is more prevalent in older than in younger people. Certain medications, such as sedatives and sleeping pills, as well as alcohol use, will increase snoring. Some people, especially children, snore because of enlarged tonsils and/or adenoids. These loose tissues (soft palate, uvula, tonsils, tongue base, etc.) can collapse inward producing a total or partial blockage to breathing.

Sleep Apnea
People who snore are divided into two major categories: snoring with and without sleep apnea. Sleep apnea is a sleep-associated disorder characterized by episodes of not breathing (apnea, or complete blockage) for longer than 10 seconds. Partial blockages (hypopneas) also occur.

The clinical syndrome of Obstructive Sleep Apnea (OSA) occurs when these apnea spells number more than 5 per hour of sleep or hypopneas measuring more than 10 per hour of sleep. Symptoms of OSA include very loud, heroic snoring; chronic daytime sleepiness; poor concentration; morning headache and even high blood pressure.

Untreated sleep apnea can lead to lung problems and even heart failure.

Patients that have a history and physical exam consistent with sleep apnea are evaluated with a polysomnogram, or “sleep study”. This is an overnight test where measurements of breathing and other body functions during sleep are made to determine if they have sleep apnea or if they “just” snore. They are then divided into categories of mild, moderate or severe sleep apnea based on the number of apneas and hypopneas per hour of sleep (the respiratory index or RDI).

If the “sleep study” is negative, the patient’s snoring is now more of a social rather than a true medical problem. Snoring has not been shown to affect the snorer’s health although it can certainly affect the sleep of one’s bed partner.

Treatment for Obstructive Sleep Apnea (OSA)
There are several treatment options available for OSA. Some patients can be cured by weight loss alone. Others benefit from using CPAP (Continuous Positive Airway Pressure) which pumps air through the nose during sleep to keep the tissues in the throat from collapsing and blocking the airway. Surgical treatment is directed towards removal of the excess tissue in the upper throat and correcting nasal deformities. LAUP has been available since the early 1990’s. In this procedure, done under local anesthesia in the operating room, a laser is used to reshape or remove the uvula. Two small vertical incisions are also made into the soft palate to help stiffen it when healed.

Injection Snoreplasty has been available since 2001. This is a nonsurgical treatment for snoring done in the office that involves injecting a “hardening agent” into the upper soft palate. Over several days to a few weeks, as this heals, it forms scar tissue the pulls the floppy uvula forward and stiffens the palate reducing palatal vibration that causes snoring. In some patients, the treatment needs to be repeated for optimum benefits.

Restore Implants have been available since 2003.

All three of the above procedures have a success rate of 80-90%. Because snoring is a multifactorial problem (meaning it has so many causes contributing to it), no one procedure is 100% effective.